On July 31, 2019, Act No. 176/2019 Coll., which amends Act No. 326/1999 Coll., on the Residence of Foreigners in the Czech Republic (hereinafter referred to as the "Czech Foreigners Act") came into effect. This amendment introduces several changes to Czech immigration law, especially in the area of administrative fees and long-term residence for study purposes. It also sets new conditions for issuing employee cards for agency employment, and some other changes in relation to European Union citizens.

The Czech Law Firm ECOVIS ježek now provides an overview of the most important changes that newly have to be taken into account when dealing with immigration cases.

The most important change in this area is undoubtedly the new procedure for changing employers, for whose job the employee card had been issued to the foreigner. Until now, changing employers was possible only with the outright permission of the Czech Department of Asylum and Migration Policy of the Ministry of the Interior (“OAMP”), which was issued based on an application submitted by the foreigner, after administrative proceedings and verification that all conditions were met. The deadline for the decision could be extended up to 60 days, which made it very difficult for foreigners to change their job, as no employer wanted to wait 60 days to see if the foreigner would be allowed to change their employer by the OAMP.

Based on the amendment, changing employers will be subject only to the obligation to notify OAMP on a special form, to which the foreigner must attach all the statutorily required documents, i.e. in particular proof of termination of the existing employment relationship, and a new employment contract or similar document proving the beginning of a new employment relationship. The notification of the change must newly be made at least 30 days before the date on which the change is to take place. If the foreigner does not make such a notice within 60 days from the date of termination of their original employment, their employee card expires.

Furthermore, it is not possible to change employers within 6 months of receiving the first employee card. In cases where the new employer would be an employment agency, changing employers is not possible by means of the abovementioned notification.

A foreigner may start working for a new employer at the earliest on the day specified in the notification as the day on which the notified change is to take place, and only after they or the new employer have received an authorization notice from OAMP stating that all the conditions of the notification of the change had been successfully met.

If any of the conditions for changing employers are not met, OAMP will inform the foreigner or their new employer. Although such a decision cannot be appealed, the foreigner is not limited in any way when it comes to resubmitting a notification again, this time fulfilling all the requirements.

In the event of a shortage of labor in a particular sector, the government now has the power to issue the so-called extraordinary work visas by a government degree. These work visas will be issued for a limited period of one year, under the conditions laid down by the government degree. It will not be possible to extend the validity of these extraordinary work permits in any way, and in addition it will not be possible to apply for a different type of residence permit while they are valid, which is otherwise possible, for example for regular employee card holders.

In this area, the greatest change under the new amendment to the Czech Foreigners Act is the new, narrower definition of the term “study” within Czech immigration law. Students studying at secondary schools, higher vocational schools and conservatories, that are not as part of official exchange programs will no longer be considered as students for the purpose of obtaining a long-term visa or a long-term residence permit for study purposes. Students of these schools will no longer be issued new permits for study purposes, nor their existing permits will be renewed for. Instead, the new amendment stipulates additional conditions under which these groups of students may be issued long-term residence permits for the so-called "other" purpose. Despite the fact that these students will no longer be considered as students according to the provisions of the Czech Foreigners Act, they still retain free access to the labor market under the provisions of the Czech Act No. 435/2004 Coll., on Employment as amended.

Students can now also replace the document proving they possess sufficient funds to reside in the territory of the Czech Republic with a document proving their monthly income instead. Therefore, if a student works or does business and pays for their stay from this income, their monthly income must each month cover at least the sum of the subsistence minimum, i.e. CZK 3410 for a single student, and the amount of normative housing costs (CZK 8233), or in some cases a different amount that is demonstrably spend on accommodation.

Students who have been granted a residence permit for study purposes or, as the case may be, for scientific research as a researcher in another EU Member State (except the United Kingdom, Ireland and Denmark) and who have come to the EU under one of the EU's multilateral programs in the area of mobility or higher education, or in the case of researchers involved in research carried out by a research organization registered in the list of research organizations in the EU, such foreigners can stay in the territory of the Czech Republic for up to 1 year without any visa (so-called visa-free stay), provided that their residence permit is still valid, and in the case of students, they are enrolled at a university in the Czech Republic.

The family member of a researcher who has been granted a residence permit by another EU Member State for the purpose of family reunification with that researcher has the same right to a visa-free stay for the period of up to one year.

This permit can be issued for a maximum of 9 months and cannot be renewed or prolonged. The application has to be submitted directly in the Czech Republic and while the original long-term residence permit is still valid for study purposes or scientific research.

Changes in administrative fees in immigration cases in Czech Republic

The amendment also concerns the system of collecting administrative fees in proceedings conducted by the Ministry of the Interior pursuant to the Czech Foreigners Act for applications submitted by foreigners directly in the Czech Republic. The administration fee will no longer be collected separately, i.e. one fee for filing the application, and the second fee for the issue of the residence permit card itself, but instead in just one amount, immediately when the application is submitted.

Applications for the issue of a certification of temporary residence of an EU citizen, or for an authorization of a temporary or permanent residence for an EU citizen or their family member are not subject to any administrative fees.

Administrative fees continue to be paid exclusively in the form of authorized stamps., and it is not possible to pay in cash directly in the OAMP offices.

Decisions of the Ministry of the Interior that revoke the validity or do not extend the validity of a residence permit, or that such a permit will not be issued to a foreigner who has committed a deliberate crime or that does not fulfill the condition of a clean criminal record, or that could pose a threat to public order or state security, become final and effective upon its notification or delivery to the foreigner. The only possible form of appeal will now be an administrative action before the competent administrative court of first instance in the Czech Republic.

Obligation to complete an adaptation-integration course

The amendment also introduces an obligation for foreigners to complete an adaptation-integration course, however the effectiveness of this part of the amendment to the Czech Foreigners Act has been postponed until January 2021. Apart from some exceptions, each foreigner should complete the course within the first year after entry into the Czech Republic. The course should be one-day, the expected duration is 8 hours and the Ministry of the Interior will issue a decree, where the content and duration of such a course, the price for the participation of a foreigner in the course and the requisites of an attestation of successful completion of the course will be set out.

Some of the changes will affect EU/EEA or Swiss citizens as well. According to the transitional provisions of the amendment, temporary residence permits issued in the Czech Republic before January 1, 2010 will expire on 31 December 2019. Temporary residence certificates in the Czech Republic issued before the date of this Act coming into effect (but after January 1, 2010) will expire 10 years after the date of its publication.

Please do not hesitate to contact us for more information

Czech law firm ECOVIS ježek focuses mainly on company law, real estate law, dispute management, finance and banking law , and provides professional advice in all areas, making it an alternative for clients of international offices. The international dimension of the services provided is ensured through past experience and through cooperation with leading law firms in most European countries, in the United States and other jurisdictions within the ECOVIS network operating in 75 countries around the world. Members of ECOVIS ježek team have long-time experience from leading international lawyers and tax companies in providing legal advice to multinational corporations, large Czech companies, but also to medium-sized companies and individual clients. More information at www.ecovislegal.cz.

Apostille and translation – simplification for some documents in European Union 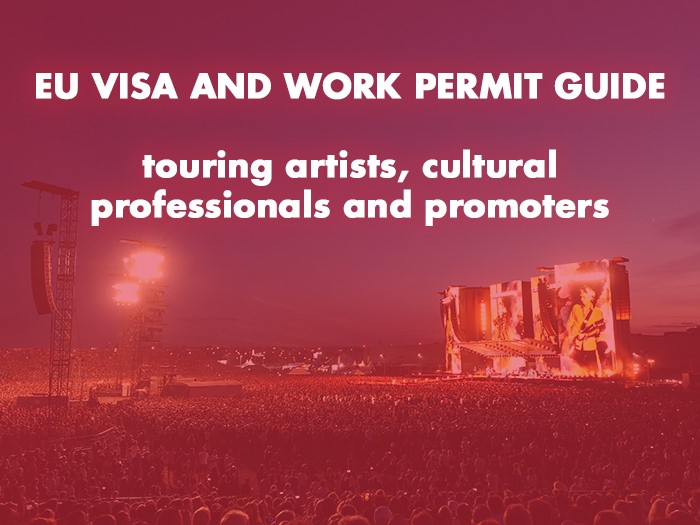